Interview with Matthew Jobin, author of “The Nethergrim”

Since I have not had the time to present you with that many interviews in the past months, I want to bring you another interview, this time having in front the book called The Nethergrim, written by Matthew Jobin.Please take the time and read some interesting things that the author was kind enough to let us know. His book sounds really awesome and I would love to try it out and meet his characters! 😀

1. Hello Matthew! Thank you for accepting this interview! How about telling the readers some things about you?
Sure! I am from Canada, originally, but moved to California to do my PhD in Anthropology. I have always been an active reader and a bit of a dreamer, someone who was always telling stories, but, for various reasons, always assumed that I was not meant to be a writer. I wrote stories, but never even thought of publishing them, until one day, when I was grousing about never fulfilling the potential of the ideas I kept having, my wife simply said “why don’t you write a book, then?”
So I did. Sometimes it really is that simple.
2. What is your book “The Nethergrim” about? Tell us a few interesting words about it.
Three misfit kids are rather awkwardly growing up in a small, borderland village, during a time when their kingdom seems to be emerging from a long dark age. Everyone says that the reason things are getting better is that the Nethergrim was slain a generation before, but dark rumors, telltale signs, and then the abduction of some village children convince the heroes that perhaps the Nethergrim is not dead and gone, after all.
The heroes—Edmund the innkeeper’s son and would-be wizard, Katherine the horse trainer and daughter of a retired hero, and Tom the orphan slave—have no one to guide them, and no one to tell them what they should do. It falls to them to piece together the clues and brave a journey into the wilderness alone to save the missing children.
THE NETHERGRIM Is a book about the nature of heroism, the value of friendship, the complications of family—and most of all, about hope in the face of the most terrible darkness. 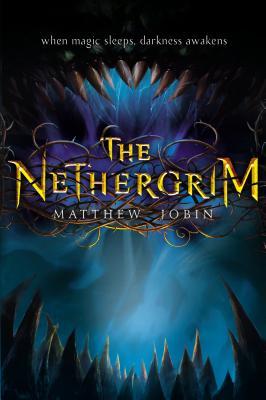 Synopsis:
Everyone in Moorvale believes the legend: The brave knight Tristan and the famed wizard Vithric, in an epic battle decades ago, had defeated the evil Nethergrim and his minions. To this day, songs are sung and festivals held in the heroes’ honor. Yet now something dark has crept over the village. First animals disappear, their only remains a pile of bones licked clean. Then something worse: children disappear. The whispers begin quietly yet soon turn into a shout: The Nethergrim has returned!
Edmund’s brother is one of the missing, and Edmund knows he must do something to save his life. But what? Though a student of magic, he struggles to cast even the simplest spell. Still, he and his friends swallow their fear and set out to battle an ancient evil whose powers none of them can imagine. They will need to come together–and work apart–in ways that will test every ounce of resolve.
In a story reminiscent of the Ranger’s Apprentice epic and the Chronicles of Narnia, Matthew Jobin weaves reality, magic, and adventure into the next great fantasy phenomenon.
3. When did the idea of the book come to your mind? Did anyone influence you?
The setting and feeling of the books first came to me when I was a teenager, climbing around in the woods near my house near Toronto. Later on, after doing some reading and some living, the voice of the Nethergrim came to me at around the age of nineteen. Later still, during graduate school, I was confronted by a whole range of ideas about humanity, history, time and culture which seemed to spur me to think more deeply about the ideas I had always wanted to turn into a book.
So, who has influenced me so far? Off the top of my head: CS Lewis, The Venerable Bede, Niels Bohr, George Orwell, Plato, King Alfred, Neal Stephenson, Xenophon, JK Rowling, Umberto Eco, Richard Adams, JRR Tolkien, Kahlil Gibran, Thomas Kuhn, Lao Tse, G.K. Chesterton, Neil Gaiman, John Gardner, William Butler Yeats, David Foster Wallace, Percy Shelley, Hilary Mantel, John Ralston Saul, Plutarch, Richard Henry Dana…
OK, I’ll stop now 🙂

4. The cover of the book looks really wonderful and mysterious! What is its story?
I think Philomel’s designers and artists did a wonderful job suggesting the mood of the story and hinting at its major elements without giving anything away. There are so many subtle hints: the smoke, the thorns, the shape of the stalactites. Best of all, the three heroes do not appear in detail on the front cover, but instead are on the back—small, challenged and frightened by their surroundings. To me, that is perfect because it suggests the menace of the Nethergrim, as well as allowing me to give the reader the idea of how the heroes should look within the text of the story.
5. Which is your dearest characters from your book? Do you have any character that you do not like?
I do not think I could choose between Edmund, Katherine, or Tom. I love them as though they were my own kids! They are each a very distinct person with strengths and weaknesses, aspirations and quirks, and their unity as a group will become even more important as the series goes on.
There are some characters I could talk about hating, but I would be giving too much away. I’ll pick someone who just bothers me a bit: Edmund’s father, Harman Bale. It almost scared me, how easy it was to write him, with all his unfairness, his anger and brittle temper. If I ever was a father in real life, that is the kind of father I would not want to be!
Oh, and I hate Athelstan, Tom’s master—but what sane, decent person would not?
6. Do you have in mind a playlist for your book “The Nethergrim”?
I’ll try to restrain myself and not make a 100-song list! Each one of these is either on heavy rotation as I work, symbolizes a character, or simply reminds me of a mood I want to retain.
All Tomorrow’s Parties – The Velvet Underground
Atmosphere – Joy Division
Ballad of Big Nothing – Elliott Smith
The Beatitudes – Kronos Quartet
Broken Heart – Spiritualized
Codex – Radiohead
Cody – Mogwai
Darklands – The Jesus & Mary Chain
A Day In The Life – The Beatles
Dirty Paws – Of Monsters and Men
Fannin Street – Tom Waits
Flowers In Your Hair – The Lumineers
Fox Confessor Brings The Flood – Neko Case
Hard Times – Gillian Welch
I Was Meant For The Stage – The Decemberists
In The Aeroplane Over The Sea – Neutral Milk Hotel
Ísjaki – Sigur Rós
Labyrinthine – Julianna Barwick
Longing to Belong – Eddie Vedder
Moya – Godspeed You Black Emperor!
Mr. Somewhere – This Mortal Coil
Negative Creep – Nirvana
Oblivion – Mastodon
Oliver James – Fleet Foxes
Over The Ocean – Low
Over the Wall – Echo & The Bunnymen
Plainsong – The Cure
Reeling The Liars In – Swans
Rider on the Wheel – Nick Drake
Seven Swans – Sufjan Stevens
Sigh No More – Mumford & Sons
Sitting Still Moving Still Staring Outlooking – His Name Is Alive
Sleep – Lisa Gerrard
Something I Can Never Have – Nine Inch Nails
Upward Over The Mountain – Iron & Wine
Vapour Trail – Ride
VCR – The xx
What Do You Go Home To? – Explosions in the Sky
Who By Fire – Leonard Cohen
I also said a bit about moods and music here: http://matthewjobin.com/journal/?p=52
7. Make a top 5 with books that you really loved and name a book that you did not like.
1. The Prophet – Kahlil Gibran
2. Watership Down – Richard Adams
3. A Wrinkle in Time – Madeleine L’Engle
4. Harry Potter and The Goblet of Fire – JK Rowling
5. The Lord of the Rings (which really is one book, not three) – JRR Tolkien 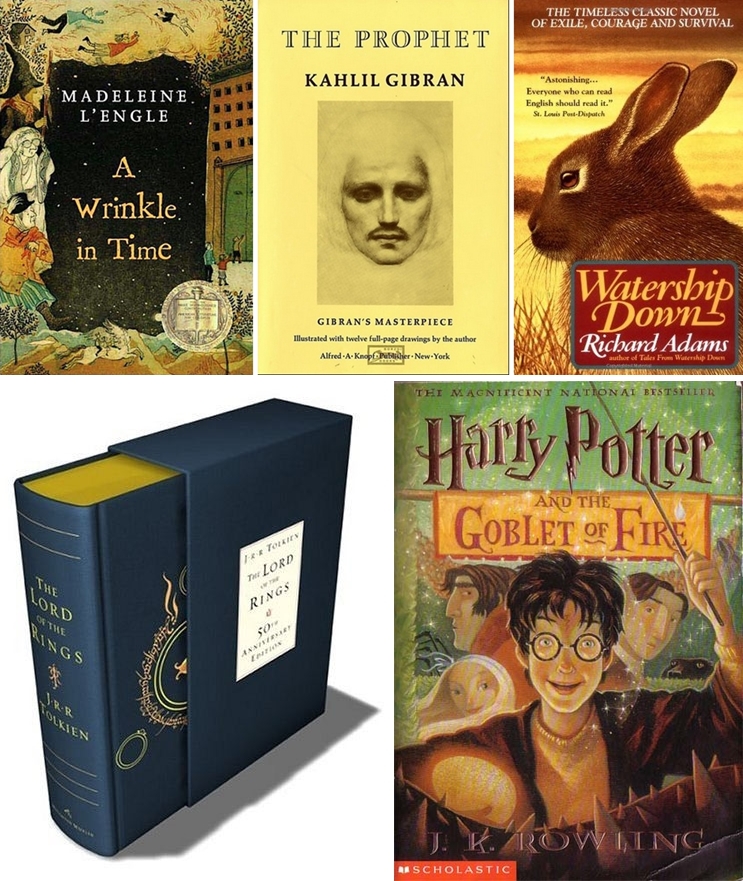 8. Where do you usually like to write your works?
I picked up the weird habit of writing in a café when I started back in grad school. I would sneak off from my lab to get in writing time, so was away from home. I’m afraid it stuck, and now the majority of my writing time is done perched on an uncomfortable bench on a Starbucks somewhere, with my headphones jammed on and turned up loud.

9. What country/countries would you like your books to be popular in?
I will perhaps be content once I learn that my books are being read and enjoyed in every nation on Earth, on the high seas, Antarctica and the International Space Station 😉
10. Thank you for answering all of these questions! As an ending, you can say anything that comes to your mind to the readers of this blog.
The most valuable thing a person in our world can have is coherent, well-informed thought. Vague opinions are cheap as dirt; go read a book.
Secrets from Books: PS: Look at this awesome map for the book!! 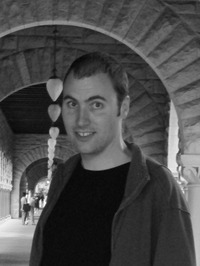 Website / Facebook / Twitter / Goodreads
About the Author
When I was small, I often spent my free time playing in a little forested ravine near my house. I found names for places, climbed trees as high as they would bear me, watched the change of seasons – I even rafted down the creek that wound through it one flooded spring. Somewhere back in those days a place began to take shape in my mind that I have been exploring ever since. I loved to read, and loved to make up stories, using anything I could find in the world around me. The world of the Middle Ages enchanted me, with its colours, its bravely glittering thoughts and clarion spirit.
As I grew up I became fascinated with the story of humanity, with the weave of nature and culture that makes us what we are. I studied anthropology, drawn to investigate how we got here and what life means. The questions I considered there sharpened my thoughts and spurred me to set down my dreams in words. Since then I have found my own path, writing to help me see better the place in my mind I have known for so long, for in that place answers form to the questions I have asked.
Simona 2017-09-09T11:48:39+00:00